Morocco as a Key-Market for Africa: Automotive, Agribusiness & Co.

The German-Moroccan Business Forum, for which the BME and EMA welcomed around 120 participants – more than half of them from Morocco – to the Hamburg Representation in Berlin, proved that Morocco must not only be associated with the topic of migration, but is also a potential investment location and procurement market for the German economy. Anyone who knows Morocco knows that the Kingdom of North Africa is experiencing a visible boom. Construction is going on everywhere. The infrastructure and the transport network are well equipped.

Full exploitation of the bilateral potential
H.E. Mr. Khalid Lahsaini, the Chargé d’Affaires of the Moroccan Embassy in Berlin, saw a lot of untapped potential in bilateral cooperation, as only 200 German companies have been present in Morocco so far. The trade volume between Germany and Morocco is also only three billion euros, with a large part of the funds additionally “hidden” in Franco-German exchange. Many German companies are active in Morocco through their French subsidiaries and partner companies. To the extent that Germany represents a hub for the European market for Moroccan exporters, Morocco is a hub for Africa, the BME/EMA partner and president of the Moroccan export association ASMEX Hassan Sentissi invited to intensify the bilateral engagement.

Lars Wilke, representative of the Federal Ministry for Economic Cooperation and Development (BMZ) and responsible for the Federal Government’s new special initiative “Training and Employment”, linked possible forms of future cooperation between the two countries with a concrete example. His ministry promotes the economy, for example through Ecosystem Development, and together with its Moroccan partners, he wants to make industrial parks and business parks in Morocco more attractive for German investment. The special focus is on small and medium-sized enterprises in the automotive industry and agribusiness.

The Forum demonstrated the potential of bilateral cooperation in these and other sectors through three panels. This multisectoral structure is also a special feature of the BME/EMA activities, as it highlights the diversification of the Moroccan economy.

Abdelouahed Rahal, Director for the Automotive Industry at the Moroccan Ministry of Industry, Trade, Investment and the Digital Economy, highlighted the importance of the automotive industry and its suppliers in Morocco. All relevant trade fairs and conferences were held under the patronage of His Majesty King Mohammed VI. The state makes investors tailor-made offers of support, for example with regard to tax relief for land acquisition, the establishment of test and development centres and the facilitation of joint ventures. According to BME/EMA partner Abdelaziz Meftah, General Director of the Moroccan automotive association AMICA, it is now necessary to “fill existing gaps in cooperation”.

Agribusiness: Efficient Supply Chains and Opportunities for Water and Wastewater Management
The Moroccan agribusiness market is also full of potential for German companies. Hakim Marrakchi, CEO of Maghreb Industries, referred to the seamless and efficient import and export supply chains in this sector. Using a best-practice example, EMA member Prof. Dr. Peter Hartwig, owner of aqua consult Ingenieur GmbH, explained in his lecture the possibilities of sustainable agriculture through the use of waste water for the treatment of arable land for irrigation purposes or for the production of biogas, which in turn can be used to generate electricity.

Why invest in Morocco? Since 2010, the Kingdom has gained 68 places in the Doing Business Report of the World Bank – and this thanks to implemented reforms, says BME/EMA partner Yassine Serhani, President of the purchasing association AMCA. The company Hawerkamp Maschinenbau und Kunststoffrohr GmbH, in the form of its commercial and technical manager Marcus Hawerkamp, showed great interest in an engagement in Morocco in the field of water and sewage technology.

Connect  Achat: Creation of perspectives for common benefit
The fact that there is still room for improvement in some areas was also not concealed. In the textile industry, for example, export figures from Morocco to Germany have been declining in recent years without any particular reason being apparent. Such structural problems should be discussed at eye level between the two partner countries.

Because in the end the creation of perspectives for the common advantage stands in the foreground. The Connect Achat chamber and association partnership promoted by the BMZ and managed by sequa is an exemplary project for strengthening bilateral relations, emphasised EMA President Gabriele Groneberg, retired Member of the Bundestag. It has a great vision to serve as a bridge between the two countries, according to Olaf Holzgrefe, Head of International Business Development & Affairs at the BME. Morocco will therefore remain the focus of BME/EMA activities in 2019. 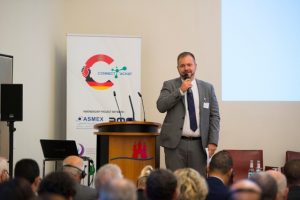 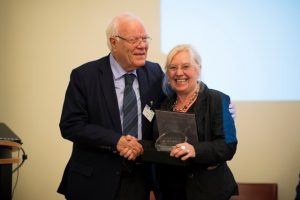 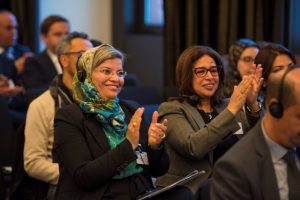 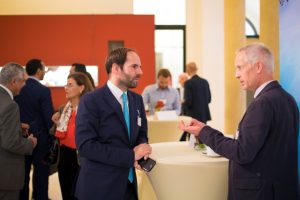 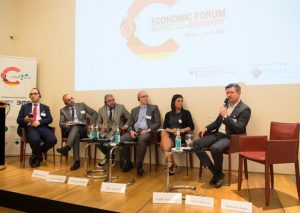 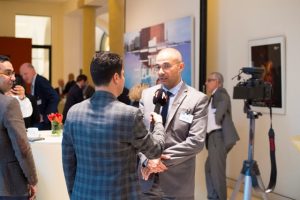 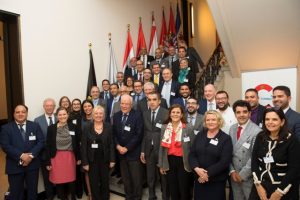 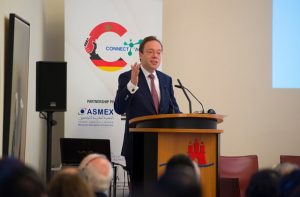 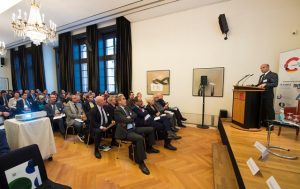 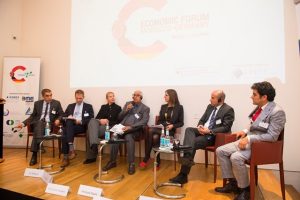 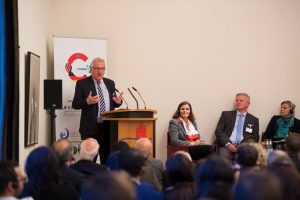 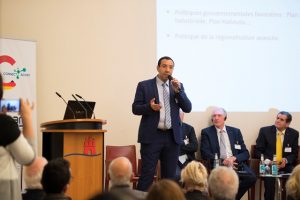 Priscilla Sorvino
Proposal writing/methodology creation, and a leading role in managing a project to finish.

SHARE[addtoany]
i am going
0