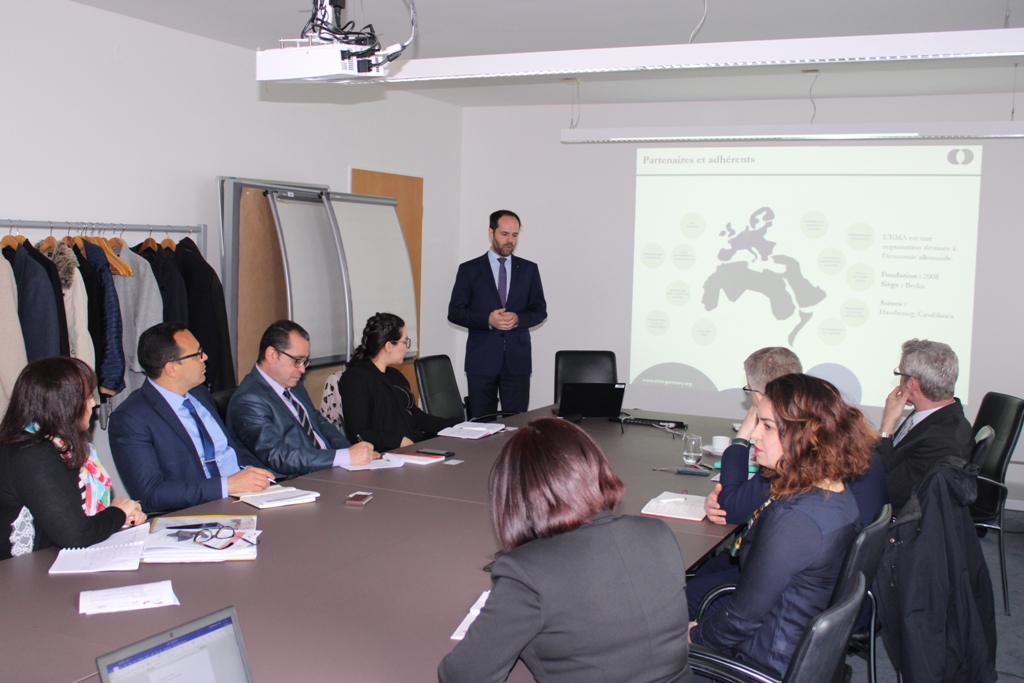 On their mission to Germany, the delegation of Tunisia Investment Authority TIA and Foreign Investment Promotion Agency FIPA also met with representatives of EMA. The high-ranking members of the delegation from these two government agencies, which serve as a gateway to Tunisia for investors, introduced themselves to EMA for future joint activities in areas such as aviation and IT as well as agribusiness, automotive, electronics, pharmaceuticals and textiles.

With the roundtable, the three parties took the opportunity to explore cooperation possibilities and present their common interests in order to support Tunisia on its successful path towards a dynamic and diversified economy. With its extensive experience in the Tunisian market, EMA shares many objectives with TIA and FIPA. First and foremost, facilitating market access for foreign investors, which is simplified and accelerated by all three organizations.

Competitive aerospace and IT industry

Although Tunisia has a highly qualified workforce and an attractive business climate, the share of German investors in the Tunisian aviation sector, for example, is still zero. This is a competitive market with over 17,000 people in 81 companies that export almost 70% of their output (equipment, painting, metal and plastic processing, precision mechanics, software, cabling, etc.) to the EU. The various specializations (mechatronics, electrics, maintenance, etc.) are concentrated in several industrial clusters, including the aerospace cluster in El-Mghira.

However, it is not only the aerospace sector that is of particular importance. The market is also growing steadily in the IT sector. It already accounts for seven percent of Tunisia’s GDP and brings together more than 34,000 jobs in around 1,800 companies. Tunisia benefits from its good educational system: every year, 60,000 multilingual graduates leave the country’s universities, of which about 9,000 in IT-related subjects and 6,000 engineers. Their average wage is also lower than in southern Europe. Tunisia’s broadband infrastructure is among the most modern in the Mediterranean region, with high-speed Internet and an international transmission rate of around 180 Gb/s. The capital Tunis is considered the seventh best city in the world for setting up a start-up.

Thanks to its well-developed supply chains and locational advantages that favor local production, the Tunisian market is also one of the most attractive in other industrial sectors such as automotive, agribusiness and pharmaceuticals. For more information on the Tunisian market, we recommend the Tunisia country profile. You are also welcome to contact us directly, especially with regard to funding and project opportunities.

The EMA at the Tunisia 2020 Investor Conference