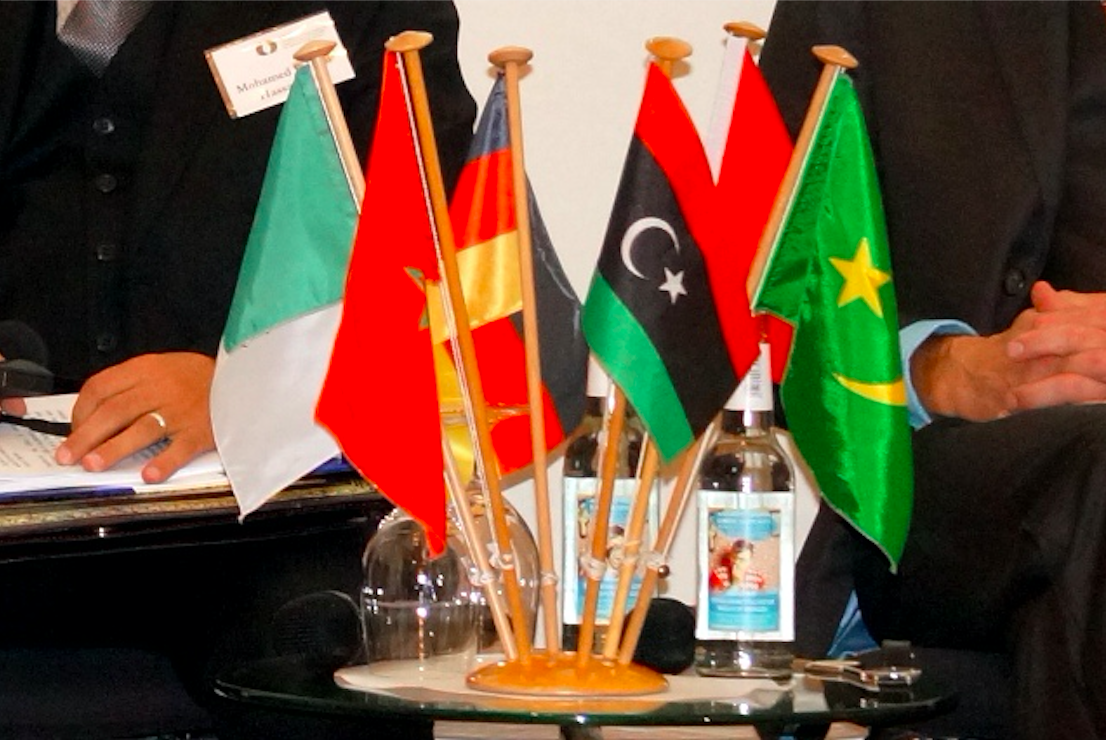 Thanks to this unique forum, the EMA takes a step further towards greater cooperation between Germany, Morocco, Mauritania, Algeria, Tunisia, and Libya:

At the Representation of the city of Hamburg in Berlin

North African countries belong to the Partnership for Transformation (Tunisia and Libya) and enjoy close collaboration with Germany. Across the region, an overall tendency towards the strengthening of the Arab-German economic cooperation is emerging. Morocco stands out by its rising growth rate and Algeria’s economy remains strong as the country invests heavily in the field of energy. Concerning Mauritania, its potential should not be undervalued as the country offers very promising opportunities.

Renowned participants from the Maghreb and Germany discuss current issues in the region and the potential it has to offer to German companies. The regional economic cooperation, which significantly contributes to the development of the region, also is one of the main points during this event.

Characterized by its interdisciplinarity, the Forum offers an optimal platform for networking and addressing all the important topics concerning the region: environment, renewable energies, logistics, infrastructure and education.

Download the PDF version of the program (in German)

Potentials for a strong economic region

The Maghreb is in the midst of significant economic and socio-political changes. It is, thus, in Germany’s strategic interest to intensify its engagement in this neighboring region of more than 90 million inhabitants and that offers great investment opportunities.

Being an organization dedicated to the development of the Euro-Mediterranean partnership, the EMA plays an essential role in strengthening regional economic cooperation by organizing for the second time the Maghreb Forum. After a first successful edition in 2011, which led to the launch of numerous investment and development projects, the EMA confirms its central role in fostering the Maghreb-German economic and commercial partnership. It proved once more that it has a great ability in bringing together key regional actors and in organizing high-level events.

In order to maximize the exchange of ideas and knowledge and enable highly interactive B2B meetings, the EMA drew on its extensive network of entrepreneurs and economic players of the region. Hence, more than half of the 150 participants were from one of the Maghreb countries. Among the high-ranking personalities were investors, entrepreneurs or economic experts, allowing for intensive interpersonal exchange and inspired discussions on concrete economic projects with their German counterparts.

The Maghreb Forum’s second edition placed a strong emphasis on enhancing Euro-Mediterranean collaboration. In his speech, the Director of the Hamburg Senate, Mr. Stefan Herms, stressed that this event “will be a new milestone towards strengthening the Euro-Arab cooperation”. Meanwhile, the President of the EMA, Mrs. Adelhaid Sailer-Schuster, stated that she “wishes to use this occasion for constructive discussions on the potentials for economic cooperation”. The Maghreb participants have also expressed their commitment to strengthen the Euro-Mediterranean Partnership. The Arab Maghreb Union (AMU) Secretary General, Mr. Habib Ben Yahia, reminded the audience that “AMU is one of Europe’s main partners”, thus emphasizing the importance of the human, economic, energy and institutional assets that the Maghreb has to offer. Moreover, the Head of the League of Arab States Mission in Berlin, Mr. Malek Mousli, started his address by stressing the positive impact of united economies on freedom as well as human and social development. Finally the Vice-President of the Union of Chambers of economic Maghreb (UCEMA), Mr. Hassan Berkani, showed great optimism by reminding the audience of the outstanding success of the Forum’s first edition as it resulted in the launch of several cooperation projects.

Far from being mere statements of fine rhetoric and intentions, the opening words were followed by concrete action to strengthen the Euro-Mediterranean cooperation. Indeed, the EMA signed no less than four cooperation agreements with key Maghreb organizations, namely: the AMU, the UCEMA, the Confederation of Tunisian Citizen Enterprises (CONECT) and the Women in Business Committee – Tripoli (WiBCT). Regarding the latter, the EMA remained firm to its commitment towards women empowerment. Indeed, in the wake of the successful Arab-German Women’s Network Forum on October 2013, the partnership agreement with the WiBCT, an organization founded and chaired by Mrs. Ibtissam Ben Amer, will strongly focus on the economic integration of women and the promotion of female entrepreneurship in the Maghreb.

From 2014 on, these agreements will enable close collaboration with the EMA in the fields of trade promotion, economic development and technical cooperation between Germany’s and the Maghreb’s private sector. Such collaborations will without doubt lead to larger and more intense information exchange as well as the possibility to co-organize even larger meetings between entrepreneurs and investors.

The new Honorary Member of the EMA

Finally, participants were pleasantly surprised by the economic potential that Mauritania’s economy has to offer. The country was represented by Mr. Mohamed Ould Bilal, former Minister, current General Director of Electricity and President of the Mauritanian Chamber of Commerce, Industry and Agriculture, who brilliantly presented the major development occurring in the area of ​​renewable energy and energy transfer. Mr. Ould Bilal is now a new honorary member of the EMA.

In this fertile environment, high-ranking participants exchanged ideas and contacts in order to strengthen this unique and interdisciplinary network.