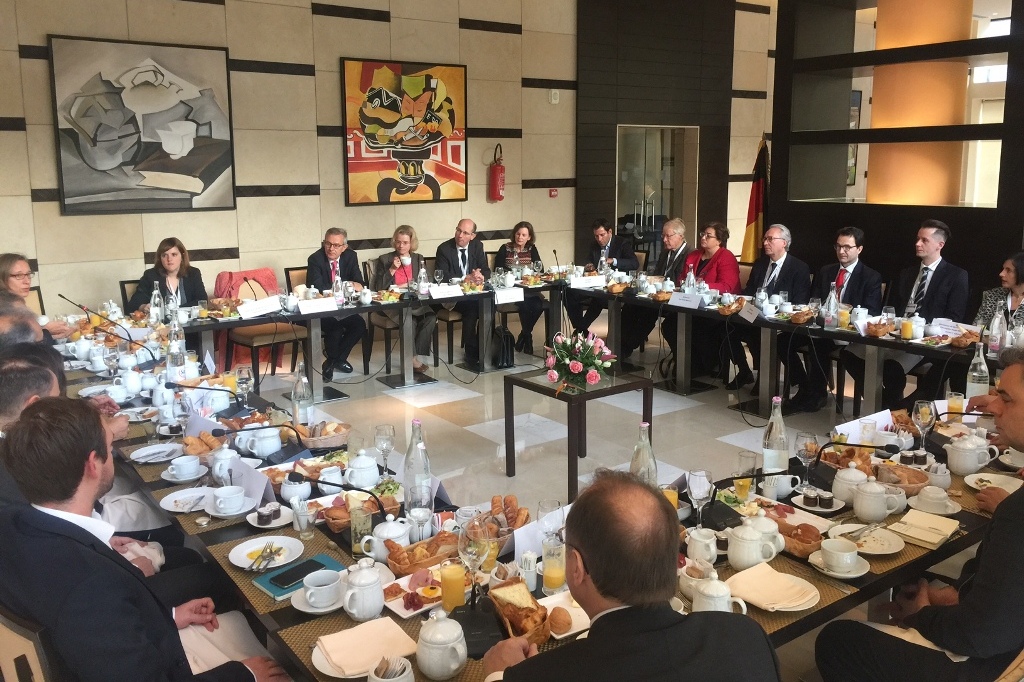 “Accelerating the economic recovery for a successful democratic transition”
May 2014
Chamber of Commerce Hamburg, Plenary Hall
In 2014, Tunisia has made a major step forward since the beginning of the revolution three years ago with the adoption of the new Constitution at an overwhelming majority. While this great achievement brings a new set of challenges to be faced before achieving democracy such as the implementation of the constitutional text, it is also a strong signal that post-revolution Tunisia is on the right path to economic recovery.
The success of Tunisia’s political transition is highly dependent upon the country’s ability to revive its economy. Therefore, Tunisia is first engaged in several economic projects that include revitalizing several sectors such as renewable energy and tourism, consolidation of its public finances, job creation especially among the youth and women, launch of new infrastructure projects, restoring business confidence, and ensuring a harmonious development of all the country’s regions. Second, Tunisia is reactivating its economic diplomacy to attract foreign investments and strengthen its position in the region.
Committed to strengthening economic cooperation within the Euro-Mediterranean region, the EMA is happy to organize this forum dedicated to Tunisia’s economic revival and promote the country’s economic recovery and increasing attractiveness. The aim of this Business Forum is, therefore, to offer businesses the opportunity to discuss post-revolution Tunisia’s current economic challenges, tendencies and solutions with stakeholders and experts in their sectors of interest. As usual, participants will be able to engage in B2B exchange, networking and market development with their Tunisian counterparts.
Finally, high-ranking Tunisian representatives such as the country’s Ambassador to Germany His Excellence Mr. Ghariani will be present to provide the audience with first-hand information about Tunisia’s current economic situation, strategic projects and investment opportunities.
SHARE[addtoany]
i am going
0