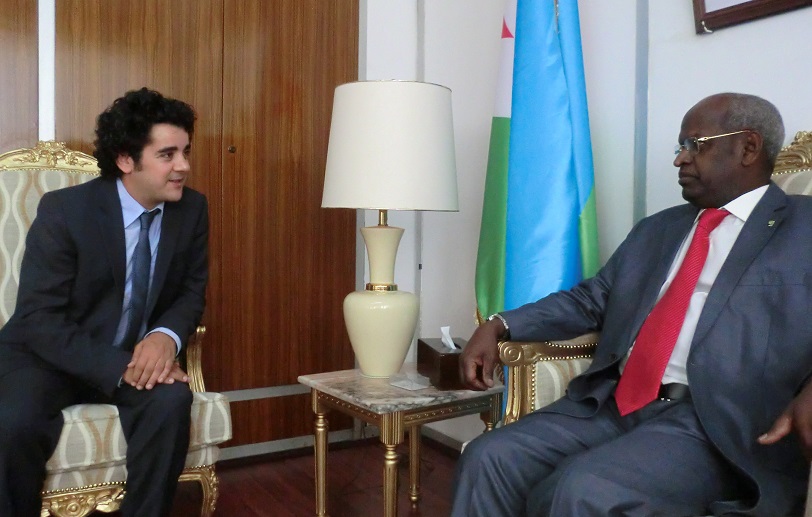 The EMA organised a delegation trip for its members to the Republic of Djibouti between August 14th and 18th, 2013. Within the framework of the trip, the participants were provided with the opportunity to meet high-level representatives of the Djiboutian government and private sector. In addition to having a close look at Djibouti’s economic potentials and industrial sights, the supporting programme allowed the visitors to get to know the country and its people.

At the beginning of the four-day programme, the Minister of Infrastructure and Transport, Moussa Ahmad Hassan, extended a welcome to the delegation and discussed the perspectives for different major projects in the country and the potential of the logistics sector with them. Afterwards, the President of the Djibouti Ports and Free Zones Authority invited them to have a tour through the extensive port facilities of Djibouti and Doraleh. The delegation got an impression of the high quality and efficiency of the Djiboutian port logistics and of the great commitment of the Djiboutian hosts to extend the local infrastructure with ambitious projects.

In further meetings with members of the government such as the Minister Delegate for Trade, SMEs, Crafts, Tourism and Formalisation and the Minister of Finance, parameters of trade and investment opportunities were discussed. The director of the National Tourism Office illustrated characteristics and potentials of the Djiboutian tourism sector. In addition, the Executive of the German Embassy presented detailed information on the German-Djiboutian relationship. Particularly insightful was the visit of the Dubai Port World branch, which completed the picture of the Djiboutian port logistics.

The theme was complemented by a visit of the National Investment Agency and the Djiboutian Chamber of Commerce. Here, the exceptional advantages of Djibouti as an investment location were presented and opportunities of cooperation were discussed. Other sectors such as the financial sector, renewable energies and tourism enjoy increased attention.

Additionally, the participants enjoyed an excursion to the lake Assal, which has the highest degree of salinity in the world and counts as national treasure and important touristic attraction of Djibouti.

On the last day of the visit the delegation met the Djiboutian prime minister which illustrates the great interest in potential investors for Djibouti and constituted a successful last event of the trip.