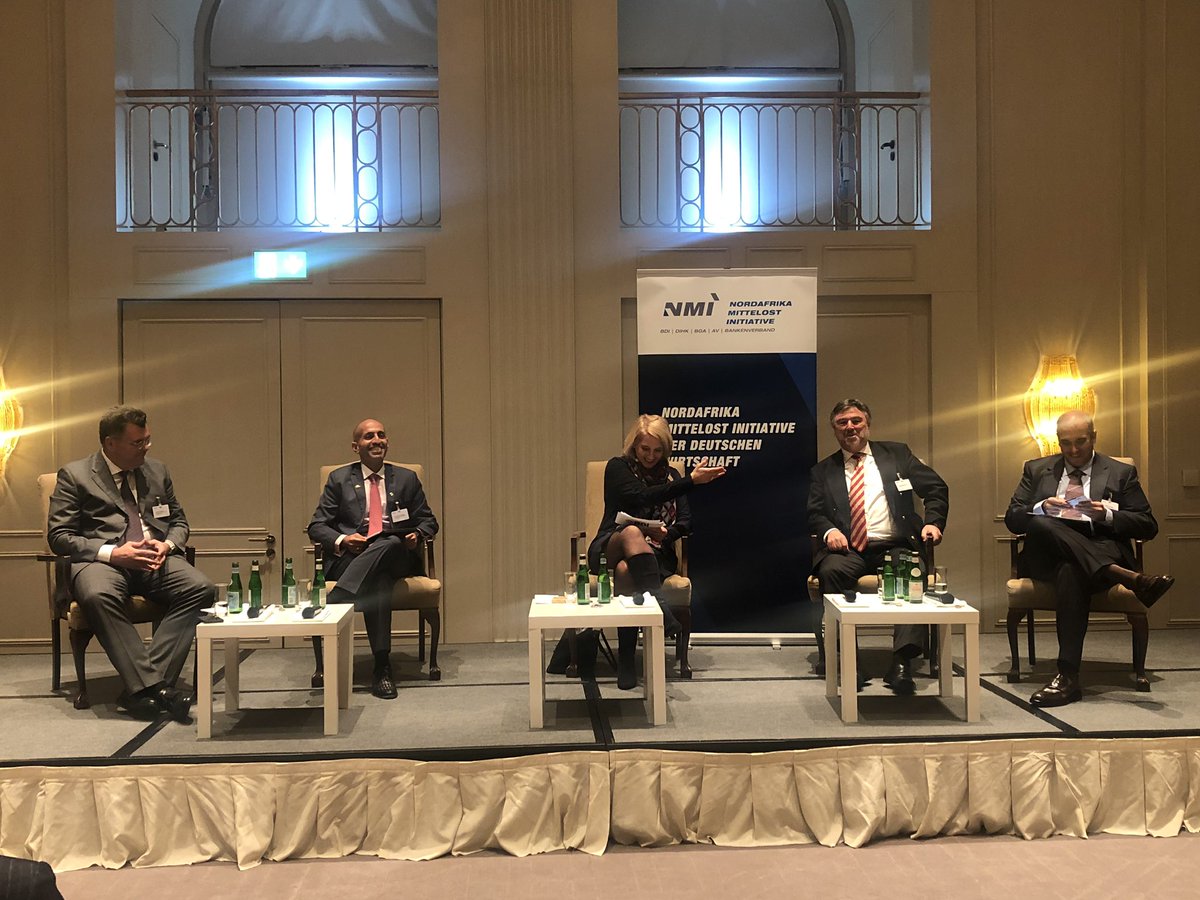 At the invitation of German Minister of Economy Peter Altmaier, EMA participated in the 20th meeting of the Joint Economic Commission Germany – Kingdom of Saudi Arabia. It took place on December 18, co-chaired by Minister Altmaier and Saudi Arabian Finance Minister H.E. Mohammed bin Abdullah Al-Jadaan. The North Africa Middle East Initiative of German Business (NMI) organized a half-day business forum for this purpose at the Adlon Hotel in Berlin, which brought together numerous high-ranking representatives from governments, associations and companies from the two countries.
One important topic was Industry 4.0 and the digital transformation. Minister Altmaier emphasized, “We see digitization as an opportunity. That’s why we should have the ambition to make our cooperation in this area special.” Board member Michael Schenker represented EMA on the podium. As an entrepreneur, he knows the needs and markets for pump and plant manufacturers as well as electrical machinery manufacturers and emphasized the importance of digitalization also and especially in classic branches of the “old economy.”

Saudi Arabia is currently in the spotlight: In December 2019, Saudi Aramco, the largest company in the world, went public and at times was listed at a value of more than two trillion US dollars. By comparison, Apple, the most expensive listed company to date, is worth “only” USD 1.2 trillion. On the way to more diversification and opening up of the country in the course of the national “Vision 2030,” the famous Dakar Rally will then be held in the Saudi desert for the first time in early 2020, before the kingdom hosts the G20 summit of the world’s twenty most important economies in the summer. The event will be attended by the Saudi Arabian ambassador to Germany, H.E. Faisal bin Farhan Al Saud, who was appointed directly as his country’s foreign minister in October.

For further information on the Saudi Arabian market we recommend the country profile Saudi Arabia. You are also very welcome to contact us directly – especially with regard to market studies and project opportunities.