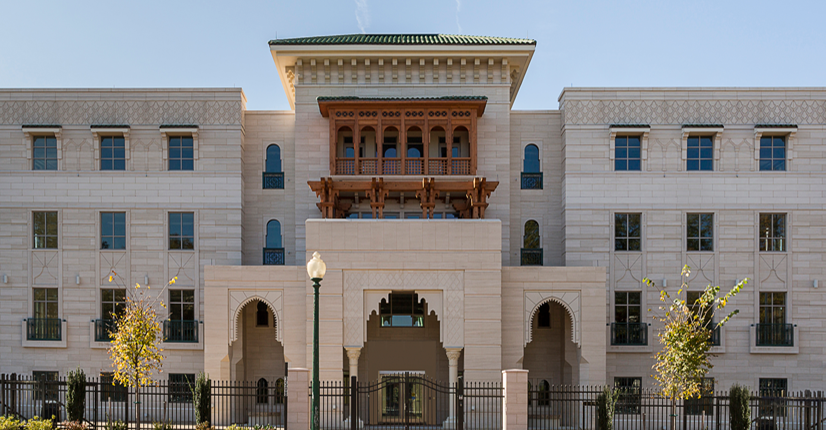 Are you interested in Morocco? Do you want to invest in Morocco, establish a company or are you looking for a business partner?
Then the EMA and the Embassy of the Kingdom of Morocco cordially invite you to the:

Following the adoption of the new constitution of 2011, the Kingdom of Morocco launched an ambitious program of structural reforms and sector strategies. These reforms, combined with fair macroeconomic policies, have given a new boost to the Moroccan economy, which is expected to achieve growth of 4.7% in 2015. In addition, numerous government measures have stimulated investment in the country.

The Morocco Roundtable offers you the opportunity to learn more about the country’s economic potential. In addition, you will receive valuable information on what programs are available that lead to business partnership or investment. Among other things, you will be introduced to the various project funding opportunities in Morocco, the economic and legal framework, and government initiatives to promote investment.

On December 2, 2015, the EMA as well as the Moroccan Embassy opened the Roundtable Morocco with the topic “Opportunities for Investment in Morocco”. At the Anglo-German Club, the numerous guests were informed about existing German-Moroccan business relations and the opportunities for new partnerships.

The Morocco Roundtable was introduced with the greetings of the Secretary General of EMA, Dr. Abdelmajid Layadi, and the Moroccan Ambassador, H.E. Omar Zniber. In addition, there were various presentations starting with El Bachir Baltit, Managing Director of Attijariwafa Bank, on the topic of “Projects without borders”. Jassine Rafii, Managing Director of Chaabi Bank, informed about their new investment package “Bladi Invest” and “Chaabi Bank’s credit resources for Moroccan and foreign companies”. Furthermore, Badre Bounouar, the Development Manager of AMDI, gave a speech about “Investment opportunities in Morocco” and Karim Zidane, the Chairman of the German-Moroccan Competence Network, dedicated his speech to a field report with the content “Only 14 kilometers separate Europe from a first-class investment climate”.

In particular, the structural changes made by the Moroccan government, which affect every economic sector and encourage them to develop in order to compete internationally, create new important investment opportunities, which were presented at the Roundtable and are also appealing to German companies.

In addition to the exchange of information through the presentations of said speakers, the Morocco Roundtable was particularly aimed at the following objectives: The meeting of investors and business men and women of all kinds, the exchange between two cultures and the partnership between Morocco and Germany, which can be described not only by a strong economic and ecological economy, but also by values such as cooperation, collaboration, helpfulness and trust.

For decades, the consistent economic cooperation between the two countries has been a political issue. At 24 billion euros, the European Union accounts for half of Morocco’s total trade volume .Free trade agreements (ALECA) facilitate exchanges of goods and services, while policies and reforms such as investment protection treaties appeal to investors to profitably support the Moroccan market on both sides.

The Morocco roundtable specifically addressed the question of the outlook for investments made in Morocco and what opportunities these are currently seen as having in the local market. In summary, it can be said that through political reforms and mutual commitment, the path to a positive future in terms of environmentally friendly and sustainable business, Moroccan development and its relationship with the EU, especially Germany, as well as friendship and exchange is laid.