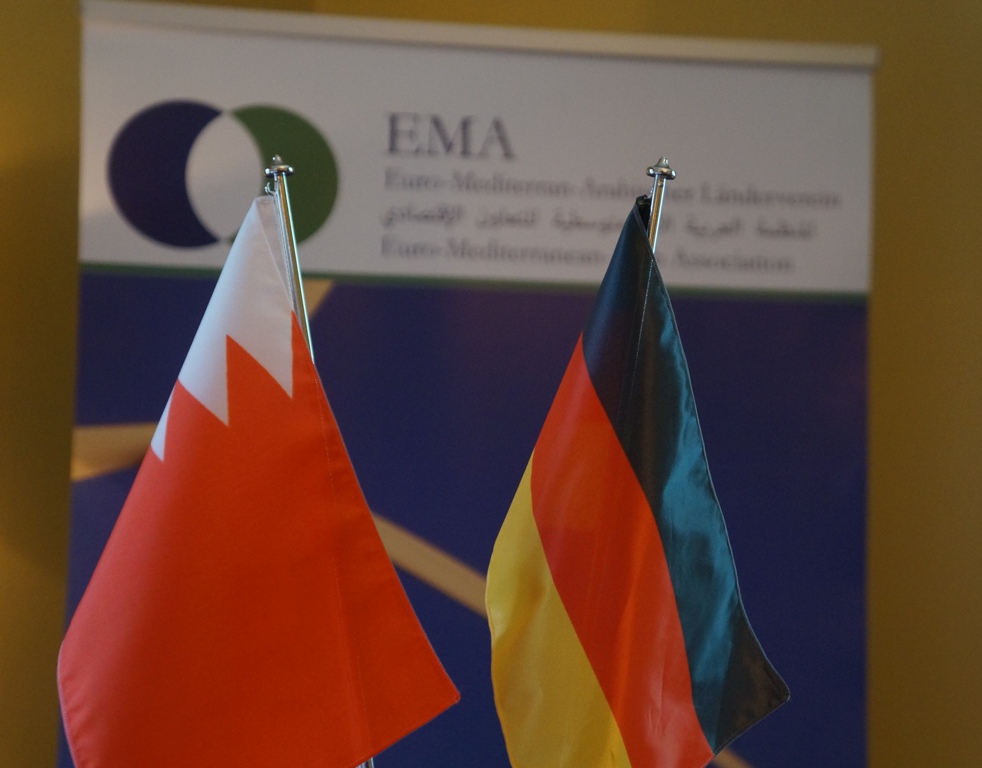 Around 60 guests accepted EMA’s invitation to this year’s New Year’s Reception & Salon Diplomatique with a focus on Bahrain, including high-ranking representatives of the Arab missions abroad as well as from business and politics.

During a business lunch followed by networking, the participants of the event took the opportunity to intensively exchange their experiences and projects. High-profile speakers shared their current assessments of Bahrain’s economic development and highlighted the enormous importance of economic cooperation between the EMA region and Germany, especially with regard to the current challenges in the areas of environmental and climate protection, access to resources and fair trade relations.

“EMA is making a very concrete contribution by dedicating itself to responsibly promoting the cooperation of German SMEs with the Mediterranean and Middle East region.”

The event was opened by EMA President Christian Wulff. He added that the EMA continues to be dedicated to “the special promotion of women in business, the vocational training of young people from Arab countries in Germany within the framework of the transformation partnership, and the topic of sustainability in all its facets.” He also stressed the importance of intercultural and transregional dialogue as a prerequisite for successful sustainable economic cooperation.

Executive Director Clara Gruitrooy introduced the EMA annual program and also presented the newly published issue of Mediterranes magazine. “It is important that EMA shows German SMEs the diverse potentials of cooperation in the Mediterranean and Middle East region. At the same time, we would like to set new impulses, for example with today’s focus topic of corporate social responsibility.” She also reported on the great progress made by the two new EMA regional offices in Morocco and Tunisia, which are currently being set up.

“Bahrain – the gateway to the Gulf States”.

The focus country of the “Salon Diplomatique” held after the reception was the Kingdom of Bahrain. H.E. Ambassador Ebrahim Mahmood Ahmed Abdulla highlighted in his speech the excellent investment climate of the Kingdom as the “Gateway to the Gulf States” and answered interested questions from the audience.

Sebastian Gerlach, head of the German representation of the Bahrain Economic Development Board, explained the impressive economic development of Bahrain in the last decades. He spoke about the business-friendly economic conditions and went into detail about the numerous investment opportunities for foreign entrepreneurs in Bahrain.

In particular, he said, Bahrain’s geographic location and proximity to other important regional markets is a major locational advantage. In addition, foreign companies could establish themselves at similar conditions as local companies. These would include such things as wholly-owned company status and access to and ownership of real estate and land in Bahrain’s core economic region.

Following the presentations, the participants took the opportunity to discuss in depth their planned or current projects in the region.