The Embassy of the Arab Republic of Egypt and the Euro-Mediterranean-Arab Association EMA cordially invite you to the following online event:

Germany is one of the top 5 supplier countries for Egypt. German companies mainly supply machines, chemical products, motor vehicles, and motor vehicle parts, as well as electric and electronic technology to Egypt. The value of German exports to Egypt in 2020 was around 4.015 billion euros. This means that Egypt is consistently one of Germany’s most important Arab foreign trade partners. Imports of 1.047 billion euros (2020) are also at a consistently high level – and the trend is increasing. In particular, Germany sources oil, textiles, clothing, and food from Egypt.

H.E. Khaled Galal Abdelhamid, ambassador of the Arab Republic of Egypt to Germany since October 2019, will focus in his keynote address on “Multifaceted Potentials for German SMEs in Egypt”. He will further address sustainable economic and investment opportunities and look at growing sectors, new sectors, as well as existing and arising challenges with needed solutions and the potential for Egyptian-German cooperation. The keynote address will be followed by a Q&A session with all participants.

Before his post in Germany, H.E. Abdelhamid was Assistant Foreign Minister and Chief of Cabinet to Foreign Minister Sameh Shoukry. He served previously as Egypt’s Permanent Representative to the League of Arab States from 2016 to 2017 and from 2008 to 2016 as Special Assistant to the Executive Secretary at the Comprehensive Nuclear-Test-Ban Treaty Organization (CTBTO) in Vienna.

The Salon Diplomatique will be moderated by EMA Secretary General Clara Gruitrooy. Participants will have the option to share their questions for H.E. Abdelhamid in advance during the registration process. 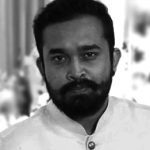 Registration is free of charge and open for members and non-members of the EMA!

The event is especially interesting for SMEs with an interest to establish or strengthen their ties with Egyptian partners.

On March 31st, 2021, the Embassy of the Arab Republic of Egypt and the EMA decided to deepen the international economical cooperation during their first virtual SALON DIPLOMATIQUE EGYPT. Ambassador H.E. Khaled Galal Abdelhamid gave the participants wide insights into the opportunities that Egypt is offering in international growing sectors during an insightful presentation, in the first part of the event, mentioning the Egyptians economic, demographical, cultural, and political background.

Not only the increasing medical, agricultural and educational sectors were discussed in detail, but also the rising infrastructure is gaining greater importance, as well on roads and seas, as well as legal infrastructure, facilitating customs regulations and minimizing entry barriers. Furthermore, his Excellency discussed the current challenges Egypt has to overcome in this pandemic, as well as the opportunities that it brings, for instance in the domain of digitalization in public departments. Moreover, he gave an account of the potential of energies, especially the renewable ones that became a “major sector” in Egypt in the last years, among others within the green deal. According to the Ambassador, this country, mentioned as the significant door to the Arabic and African world, shows the political will to open up in economic and cooperative manners – for instance with the implementation of a free zone around the Suez Canal.

Followed by some Icebreaker questions, revealing some of the ambassadors’ personal insights, the 58 participants had the chance of asking questions, which was pleasantly used and giving the opportunity of discussing various topics, for instance, the current water shortage challenges, against which the Egyptian government already took measures for improvements, for example with the three–water recycling system or the development of desalination plants. Moreover, both, the rising woman rights and its difficulty to change due to cultural and religious traditions and the involvement in science & research in different sectors were widely discussed. Especially the agriculture, pharmaceutical, and IT sector were underlined as the most suitable and promising sectors in the context of modernization. The questions asked were deeply answered by the Ambassador.

Moderated by EMA Secretary-General Clara Gruitrooy, this intensive Salon gave wide insights into the potentials Egypt is offering German companies and the chances of amplifying sustainable connections between our two nations.

This multifaceted event gave a great base for future virtual Salon Diplomatique. The EMA would like to express its gratitude to the Ambassador for addressing Egypt’s opportunities and challenges and for showing the opportunities to develop sustainable cooperations.