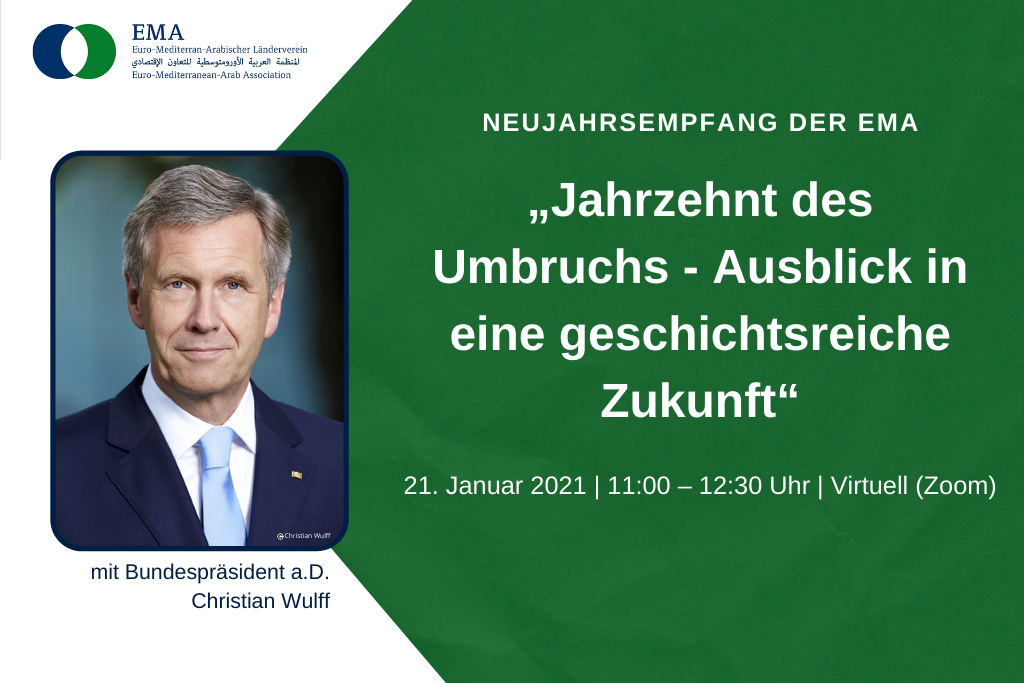 This year’s EMA New Year’s Reception took place on January 21 – 100% digital, but as usual with the opportunity to network in dedicated breakout rooms! The focus was on the speech by former German President Christian Wulff, Honorary President of EMA, about developments and prospects in the Arab countries since the beginning of the political upheavals ten years ago. We also showed you what EMA has achieved in the crisis year 2020 and what we have planned for 2021.

The Honorary President of the EMA and former President of Germany, H.E. Christian Wulff, opened this year’s New Year Reception with an inspiring speech about past, present, and future events connecting the Mediterranean and Middle East region with Germany. He praised especially the German-Arab mentoring program Ouissal, whose work we presented to the audience with a short video. With a view back on a challenging year and ahead on a year full of new projects and activities, we invited all attendees for various breakout networking chats to conclude the Reception.

Watch the full inspiring speech from the Honorary President of the EMA and the Former President of Germany, H.E. Christian Wulff, in the New Year’s Reception of the EMA.
The video is in German with English subtitles!