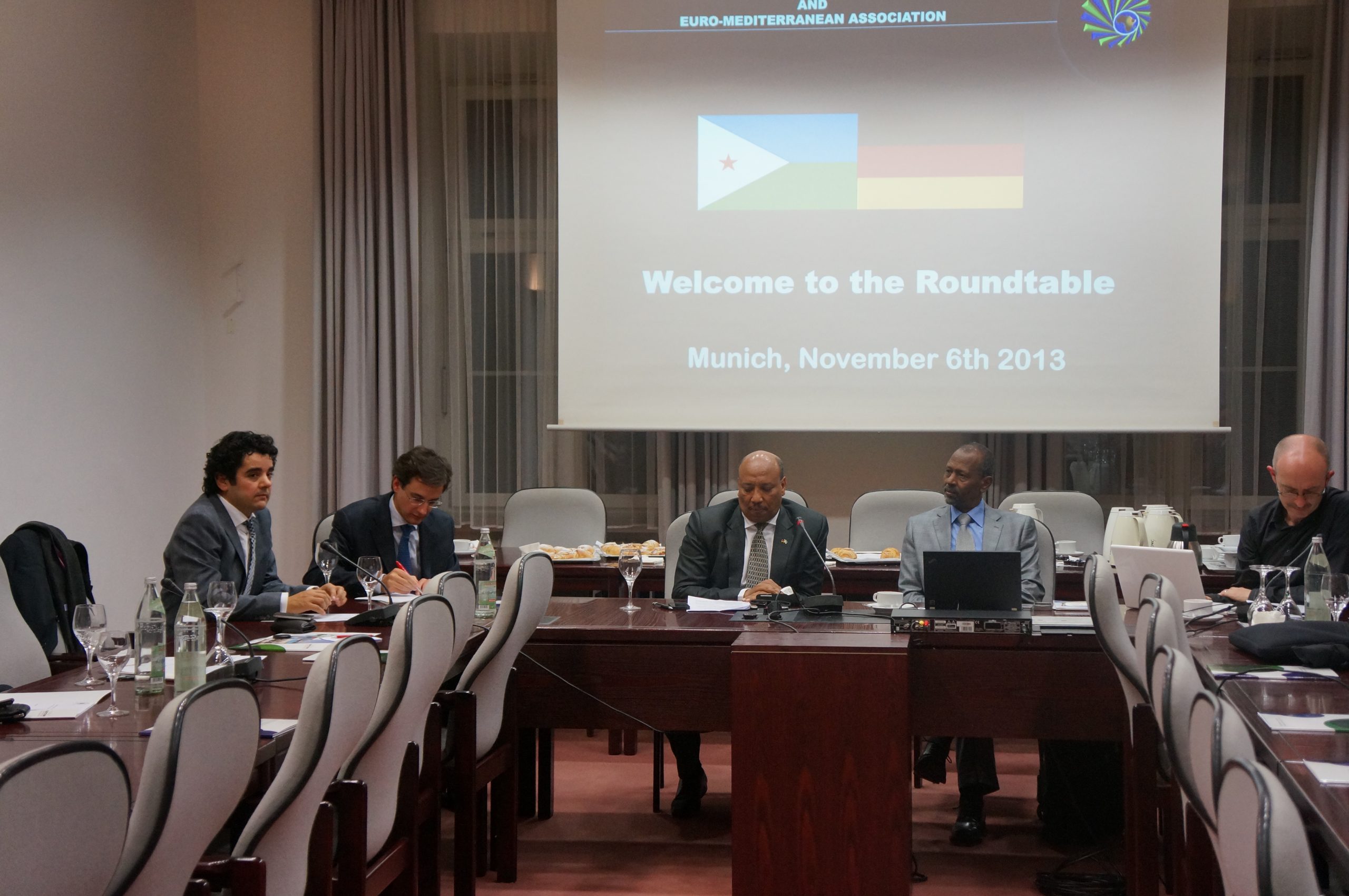 Djibouti – a winner of globalization

After the positive response to the Salon Diplomatique Djibouti – Business Gateway to East Africa in September 2013 in Hamburg, the Embassy of the Republic of Djibouti and EMA were pleased to host a roundtable on this topic in Munich. At the event, the potentials of the country at the Horn of Africa and the various Djiboutian large-scale projects were presented, and interested representatives from the private sector, politics and associations were given the opportunity to exchange ideas. The event was part of the preparation for the German-Djiboutian Business Forum, which was organized by the Djiboutian government in early 2014.

Djibouti has been recording constant growth rates for many years, largely unaffected by the financial crisis. Due to its strategically favorable location, on the busiest shipping route in the world and as a port to the growth region of East Africa, Djibouti is a winner of globalization. For several years, it has increasingly attracted investments beyond logistics and finance-related industries. For example, the renewable energy sector is considered a strategically important sector for the government. Last but not least, 6 highly modern ports as well as 2 new railroad lines, each over 700 km long, are currently being planned.