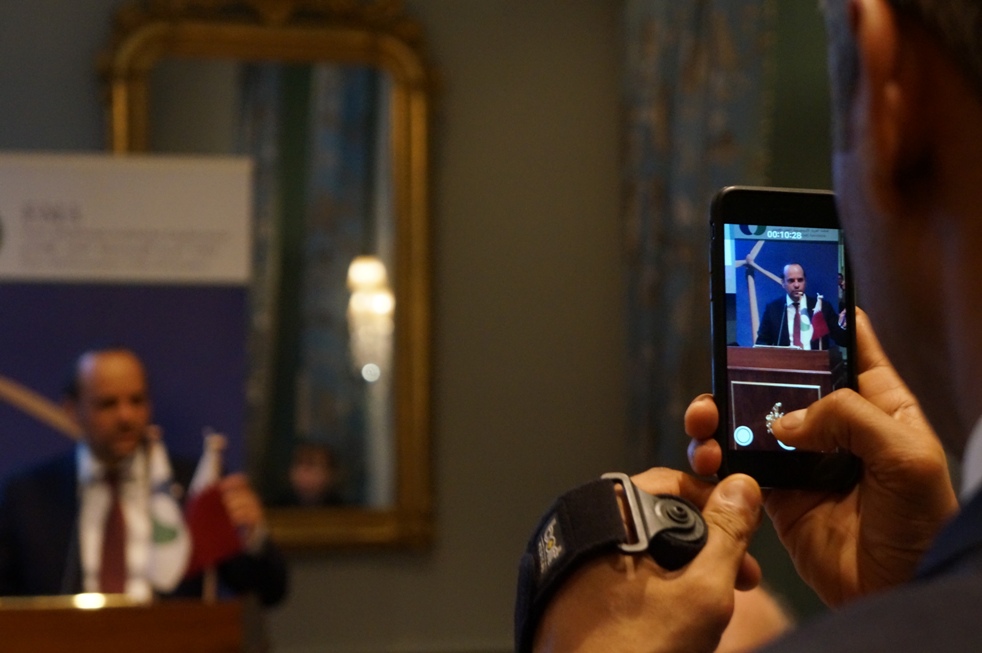 Together with the Hamburg Chamber of Commerce, the EMA cordially invites interested entrepreneurs:

(Languages of presentation are German and English)

The Emirate of Qatar is one of the most competitive economies in the Mediterranean and Middle East region (Global Competitiveness Index). Germany is by far Qatar’s most important trading partner in Europe. Machines, cars and car parts as well as electrical engineering are among Germany’s top exports. However, aircraft components, metal products, wood, furniture, chemical and pharmaceutical products and cosmetics are also among the goods most in demand from Germany.

However, there is still a lot of unused potential in the area of German-Catarian cooperation between small and medium-sized enterprises. The Ambassador of the State of Qatar in Germany, H.E. Sheikh Saoud bin Abdulrahman Al Thani, who is also a member of the EMA Executive Board, would therefore like to personally present the opportunities in his country and discuss them with you. Be there and exchange ideas with the ambassador and the present decision makers from business, diplomacy and politics about chances, risks and new possibilities.

The event is organised by EMA with the support of the Hamburg Chamber of Commerce and will take place on 4 April from 15:00-17:00 at the Hotel Vier Jahreszeiten.

The event is free of charge. Please register by 2 April as the number of participants is limited.

“I will also keep my fingers crossed for Germany at this year’s World Cup,” said H.E. Sheikh Saoud bin Abdulrahman Al Thani, Ambassador of the State of Qatar to Germany, emphasising his solidarity at the opening of the Salon Diplomatique Qatar in Hamburg. As Chairman of the Qatari Olympic Committee, the EMA Board Member was responsible for sports in his home country for many years and therefore also has the Football World Cup on his agenda – the 2022 World Cup will take place in Qatar. Gabriele Groneberg, retired Member of Parliament and President of EMA, pointed out the enormous importance of the World Cup for the economy of the country.

Together with the Hamburg Chamber of Commerce, EMA had invited more than 50 entrepreneurs to Hamburg to exchange views with the ambassador at the Salon Diplomatique on the potential of the Qatari economy and ideas for further growth.

As one of the most competitive economies in the Mediterranean and Middle East region (Global Competitiveness Index), Qatar is opening up new procurement and sales markets – an opportunity for German SMEs. In the past ten years, Qatar has invested heavily in large companies, and in future the country wants to concentrate increasingly on medium-sized companies. “We appreciate Made in Germany and can rely on the strong German medium-sized businesses,” said H.E. Sheikh Al Thani.

By 2022, Qatar would still be investing 205 billion US dollars in infrastructure projects such as the construction of stadiums, railway networks and motorways. The Qatar Tourism Authority (QTA) plans to invest 17 billion US dollars in tourism-related infrastructure projects over the next five years. In Qatar’s capital Doha alone, 21 new hotels are to be built by the end of this year. Foreign companies can also benefit from this: All public tenders are available online on a portal of the Qatari government since June 2016.

To enable foreign investors to fully exploit Qatar’s potential, the Qatari government is reforming the immigration law, issuing more settlement permits for investors and highly qualified workers, fixing corporate income tax at ten percent and waiving income tax for the first ten years. The basis for these facilitations is the freedom of foreign investors, who in future will be able to invest up to 100 per cent in industry, agriculture, petrochemicals, medicine, tourism and construction without a local partner. The import of machinery is exempt from customs duties. The new international multi-purpose port Hamad Port offers additional logistical advantages.

H.E. Sheikh Al Thani paid special attention to the Special Economic Zones during his presentation. Divided into three main projects – Ras Bufontas, Al Karaana and Um Alhoul – they are intended to promote various sectors and thus to encourage diversification of the economy and its growth.

As part of a local business delegation, EMA offers you the opportunity to see for yourself the potential of the Gulf region and to network with local business representatives and decision-makers.