“In Jordan, we are looking to new projects in urban development, water infrastructure, and a diversified, long-term energy platform. […] Today, Jordan is bringing solar heating and lighting to our schools and offices, electric vehicles to our streets and industries, a digital system for our health sector, e-payments for transactions, even iris recognition for channeling assistance to refugees.” – King Abdullah II of Jordan

Germany and Jordan have a shared legacy in the construction sector. It is one of the main pillars of the economy. Demand for housing and related infrastructure has been high throughout the last decade in both countries. At the same time, the construction industry is considered a major cause of climate-damaging emissions worldwide.

Made in North Rhine-Westphalia: Both countries – and in Germany especially the State of North Rhine-Westphalia – are hosts to solutions in the construction industry: Energetic renovations of existing buildings and the use of renewable raw materials such as wood instead of concrete, reusable resources in building construction, and 3D printing break the ground for a sustainable future. In addition, the further development of existing job descriptions in the construction industry responding to the needs of digitization and climate change should be incorporated into technical and vocational education and training (TVET).

Qualifying and training young people – especially in the field of sustainable construction and green infrastructure – is a promising approach. It is worth to pursue updating existing curricula in an effort to respond to the challenges of our time. North Rhine-Westphalia has also a lot to offer in this regard as it counts among the leading locations for planning and construction.

Why Should You Attend: Participants will benefit from connecting with like-minded actors in the construction sector and from insights into new avenues for sustainability in the construction sector: a know-how exchange on scarce resources and building materials, on reducing carbon emissions, on sustainability as part of TVET curricula, and on green building and the sustainable transformation of urban spaces.

Target Group: The roundtable targets architects and urban planners, sustainability experts, as well as small and medium-sized construction companies. In addition, it will be relevant to municipalities, local administrators, community workers, as well as trainers in local training facilities. Finally, it addresses business and expert associations, chambers of industry and commerce, and chambers of crafts. 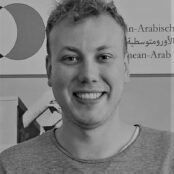 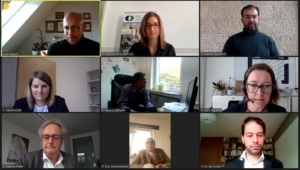 Developing a Sustainable Construction Sector in Germany and Jordan

The construction sector is of fundamental importance to Germany and Jordan where demand for housing and infrastructure has risen continuously in parallel with efforts of reducing the sector’s environmental repercussions. Therefore, on November 8, 2022, the EMA hosted an online roundtable on sustainability and climate action in the construction sector with a special focus on Jordan and the German State of North Rhine-Westphalia. The guests and panelists represented a diverse group of German/North Rhine-Westphalian and Jordanian stakeholders and experts. 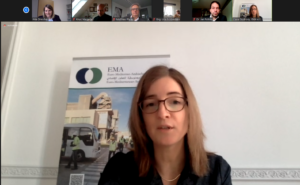 After an introduction of the topic by EMA Secretary General Clara Gruitrooy and Dr. Mark Speich, North Rhine-Westphalia’s State Secretary for Federal, European, and International Affairs as well as for Media, the eight speakers gave their five-minute pitches. An engaged discussion between the panelists in combination with questions by the audience followed these pitches aptly summarized by Mrs. Gruitrooy.

The roundtable succeeded at creating a platform for concerned stakeholders from the construction sector as well as public administrations to inspire economic growth paired with sustainability. This Jordanian-German, and especially North Rhine-Westphalian, exchange on know-how and best practices on sustainability in construction regarding resources, materials, green building, digitization, TVET and 3D printing benefited all parties greatly. 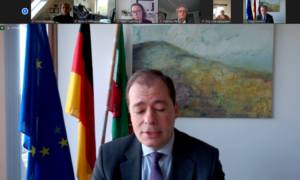 State Secretary Dr. Speich emphasized the importance of multilateralism and the shared legacy of Jordan and North Rhine-Westphalia, which have cooperated in the fields of education and training, the health sector, as well as police work and security. He raised concerns regarding resources and energy consumption. Of special importance to him were the minimization of energy consumption, efficient resource consumption, higher refurbishment quotas, renewable energy, awareness, construction methods and building materials, as well as innovation and sharing know-how: “Environmental harmful consumption of resources must be stopped. We must minimize energy consumption and construct new buildings that are as climate neutral as possible.“

The multiple backgrounds of the speakers provided expertise from various angles which led to in-depth analyses and solutions. Eng. Lina Mobaideen from the Jordanian Renewable Energy & Energy Efficiency Fund (JREEEF) at the Ministry of Energy and Mineral Resources and Mohammad Asfour, an advisor to the Green Building Council, gave insights into the Jordanian construction sector, the mechanisms in place, an overview of the history of sustainability in Jordan, and developments in recent years. At the same time, issues such as racing urban development, lacking environmental awareness, and dwindling funds were stressed. “We (Jordan) were the first country in the Arab Mashreq to adopt a renewable energy and energy efficiency law. This means, that we’ve always been pioneers on a regional level when discussing environmental, climate, and energy issues. This was driven by necessity because we used to import most of our energy,” stated Mr. Asfour.

Dr. Jan Polívka, research group leader for “Spatial Planning and Urban Design” at the ILS Research Institute for Regional and Urban Development in Dortmund, provided academic information and reported on the state of research in urban development. He touched upon many topics such as geo-data management and the analysis of development in space, social and spatial mobility, heat islands, and water management. In addition, he mentioned density, green cities, and regulations.

Two architects, Knud Megerle from Gerber Architekten, Dortmund, and Matthias Pfeifer from RKW Architektur +, Düsseldorf, enriched the roundtable with lively pitches about experiences from projects in the Mediterranean and Middle East region, creating an urban habitat in sync with ecological infrastructure and refurbishment of existing buildings resulting in net zero emissions. “Environmental sustainability begins with the understanding that next to the built infrastructure of our cities we need to provide also for the natural infrastructure,” said Mr. Megerle. The viewpoints on varying benefits and characteristics of different building materials also provided many discussion points for the second part of the event.

Awareness through training and partnership

Heinz G. Rittmann from Bauverbände NRW e.V. in Düsseldorf and Aika Drescher from KH Service- und Wirtschaftsgesellschaft mbH, Steinfurt-Warendorf are currently involved in projects in Jordan concerning training and awareness in the Jordanian construction sector. They shed light on the efforts made with developing curricula, standardized vocational training, and the importance of the integration of sustainability. “To us, the TVET part is important. Not only engineers and architects have to think about sustainability and green housing, but the workers to implement the plans need to know,” argued Ms. Drescher.

Nora Legittimo, the CDO at Schöck Bauteile GmbH, underlined the necessity of interdisciplinary and interdepartmental cooperation and idea exchange, looking optimistically into the future and learning from past transition processes such as the digital revolution.

Sustainability in construction a necessity

In the discussion, the pitched topics were picked up and energetically dissected. Both Germany – and particularly North Rhine-Westphalia – and Jordan have different environments, approaches, and legal frameworks, but the importance of sustainability in the growing construction sector remains overarching. It became evident during the roundtable that sustainability in construction is a complex, interdisciplinary, and cross-border issue necessitating smart, cooperative, and creative solutions by exchanging know-how and further developing partnerships between Jordan and Germany, especially North Rhine-Westphalia. It became evident that sustainability in construction through cooperation is a crucial approach in achieving economic growth and climate neutrality.